Hi, this is Jon from 119 Ministries.  As you may or may not know, I am one of the teachers and part of the team at 119.   It is normally not our practice to talk to you in such a personal way, because we always have a fear of focus being placed on us (teachers) instead of who really matters, Yah, our Creator.

Well, this time is different, because this message will be all about giving glory to Yah and there is nothing but praise that can be given up to Him related to this particular situation.   It would be unfair to Yah and unfair to those in similar circumstances to not share my story.  This is the first time I have discussed this in a public manner.

For a certain number of years, I was challenged with various physical symptoms unknowingly...a loss of the sense of smell, clumsiness, tiredness, flat emotions, and the list goes on and on.  These symptoms presented themselves so slowly that it was not even realized that such symptoms were becoming a part of my life.  In 2013, a more dominant symptom presented itself with my left index finger and thumb.  I began to experience involuntary movements in those fingers, as well as a rigid and clumsy feeling.

To my dismay, I responded to the drug and all of my symptoms disappeared; some symptoms that I did not even realize I had.  I was 35, and that is very young to be receiving such a diagnosis; but it can happen.  If you are familiar with Michael J. Fox, he has the same condition and he was diagnosed at 31.

As you can imagine, this was quite the depressing news.  It changes how you expect your life will be.  The ultimate outcome of PD is crippling, and possibly life threatening.

I discontinued the L-DOPA because that drug is usually reserved for more advanced stages.  My symptoms returned of course, and I was placed on an MOA-B inhibitor.  This managed the symptoms about 70%.

All known treatments for Parkinson’s Disease are “band-aid” solutions.  They only address the symptoms, not the cause.  Thus, the disease continues to progress in the background while every year that goes by, one must employ higher dosages and different drugs just to function in life.  Eventually the symptoms of the drugs and the disease itself contribute to a serious loss of muscle control and everything that comes with that.

Not satisfied with the typical clinical approach, I began a lot of research on root cause(s) of Parkinson’s Disease (PD) and searched for answers on alternative solutions.  In another area of my life, I began to “Test Everything.”

The results of the research led to a nutritional protocol designed to deal with the primary and secondary root causes of PD.

After employing this protocol and experiment for a few months, I discontinued my MOA-B inhibitor.  To my surprise, and my doctor’s astonishment, my symptoms did not return, and still have not returned.  It is premature to call this a cure, but it is possible.  Even still, the results so far, according to the prevailing clinical experts, are simply not possible.  So praise Yah for what He has done so far.  Even if the symptoms do return, i know that my PD progression has been significantly delayed.

I created a free website to share my story in more detail in order to help others who have Parkinson’s Disease and/or have loved ones with the same condition.  Perhaps this may be able to help you or someone you know.

For those that have been waiting for Pauline Paradox 5, we are now moving full steam ahead, and with no twitchy hand...haha.

Thank you for listening...all to His glory.  May Yah bless you in all that you do. 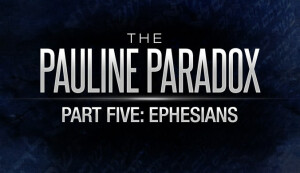