The Inner Workings of Salvation 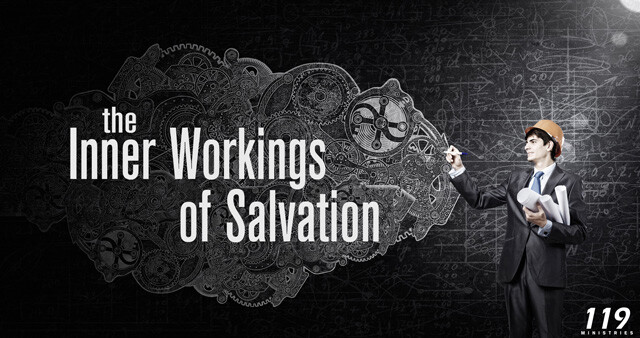 Last time we looked at what it means to have faith according to Scripture.  This week we will use that definition along with some other reading selections from our Lech Lecha Torah Portion and other places in Scripture to paint a beautiful picture of the salvation process.

As a brief refresher, faith is Scripturally defined as:
“believing that everything God said is true, committing to follow what it says, and then doing what the Word says.”  In other words, “faith is believing/trusting, committing to obey, and then obeying/doing it.”

Another way to say it is: “Faith is the believing, committing and trusting in God and His Word.”

We also need to establish something else relating to our guilt.  According to the Torah, a matter cannot be established without 2 or 3 witnesses; this includes our own guilt.

Deuteronomy 19:15 (ESV)
A single witness shall not suffice against a person for any crime or for any wrong in connection with any offense that he has committed. Only on the evidence of two witnesses or of three witnesses shall a charge be established.

We see this pattern repeated multiple times in Scripture such as Moses calling Heaven and the earth as witnesses of the Torah (Deuteronomy 30:19) or Yeshua stating that the Father is one witness for Him and He, Himself, is a second (John 8:12-19).  So, just as on earth there are 2-3 witnesses required, the same is true in order for us to be guilty before the Father.  Okay, so we know what faith is and we know that two witnesses are necessary in order to establish our guilt.  Let’s move in to the rest of the Scripture we’re covering today.

Romans 3:19-20 (ESV)
Now we know that whatever the law says it speaks to those who are under the law, so that every mouth may be stopped, and the whole world may be held accountable to God.  For by works of the law no human being will be justified in his sight, since through the law comes knowledge of sin.

The question that must be answered first is, who are those that are “under the law”?  For the sake of time we will simply state that all of mankind is “under the law” until they come into covenant through faith in the Messiah and receive salvation and grace.  Being “under the law” means under the penalty of the law, which is death.  This is also called the Law of Sin and Death (Romans 8:2) which Paul states a little later in Romans, that the wages of sin is death (Romans 6:23).  We cover these topics in other teachings. (See Believing, The Lost Sheep, Don’t Be Under the Law, Pauline Paradox Part 5: Romans, and the Pauline Paradox Part 5: Galatians among others).  Once someone comes into faith, they are no longer under the penalty of the law as indicated here in Romans; or no longer under the law of sin or the law of sin and death.

Next we see that every mouth will be stopped and that the whole world may be held accountable.  How can this be?  Remember, there are two witnesses for our actions whenever we sin.  We have the Torah which defines sin (Romans 7:7 & 1 John 3:4) and then every deed is recorded in a book, according to Revelation 20:12.  These witnesses are why every mouth will be shut, or stopped, before our Creator; our sin is established.  You may want to argue here that we are forgiven; we’ll get to that, please bear with us for a bit longer.

Let’s look at another Scripture in Galatians 3, many may already be familiar with the concept of the tutor (guardian, or schoolmaster depending upon the translation used).

Galatians 3:24-26 (ESV)
So then, the law was our guardian until Christ came, in order that we might be justified by faith. But now that faith has come, we are no longer under a guardian, for in Christ Jesus you are all sons of God, through faith.

So, we need the "curse of the law" or "law of sin and death" to teach us that we are in bondage (under sin-3:22) in order to "escort" us to our Messiah. It is to teach us to have faith and trust in His perfect grace as the perfect practicing of the Word made flesh who became the curse for us on the tree.

Galatians 3:25 (ESV)
But now that faith has come, we are no longer under a guardian.

Are you starting to see how this is all working together?  The Torah was given to us to define for us what sin was, there is a penalty for sinning which is death.  No one can be put to death unless there are two witnesses.  The Word (or YHWH Himself) is one witness, our deeds being recorded in a book are the second witness.  However, once we have faith in Messiah, we find that we are no longer under the penalty of the law because He paid the penalty.  Yet, how can that be?  There are still two witnesses right, so shouldn’t we still deserve eternal death?

This gets answered when we look at Colossians 2:13-14.

Colossians 2:13-14 (ESV)
And you, who were dead in your trespasses and the uncircumcision of your flesh, God made alive together with him, having forgiven us all our trespasses, by canceling the record of debt that stood against us with its legal demands. This he set aside, nailing it to the cross.

Verse 13 confirms that we were dead in our sins, but through Messiah our sins are forgiven.  What happens when our sins are forgiven?  The “record of debt that stood against us” has been cancelled out.  It’s been paid by Messiah.  Where was the record of this debt written down?  It was written down in the book where all of our deeds were recorded, the second witness that establishes our guilt.  Once that record of debt is paid, it is removed from our record; we are now spotless.  There is now only one witness!  We cannot be put to death with only one witness.  We now have eternal life!  Messiah paid the penalty and thus destroyed the account of our transgressions so they could no longer be held against us!

Is everything clear now?  The reason that having faith in Messiah works is not because the law was removed from us as some believe Colossians 2 teaches.  Salvation works within the borders or parameters established by the Torah because the second witness needed to condemn us to eternal death is removed.  YHWH does not operate outside of His own law; if He doesn’t, then how can we believe that we should or are even able to and still be called righteous?

Our Creator is amazing, perfect, just, righteous, and good.  He gives us instructions detailing how He wants us to live as a set apart people.  Like a good father, when we break the rules, there is a penalty for it; a severe one.  Yet, because He loves His people so much He even provided a way within His own rules that we may be redeemed.  His law really is perfect; within it lies all of His provision for us.

We hope that this study has blessed you.  Remember, continue to test everything.