The Words of Elohiym 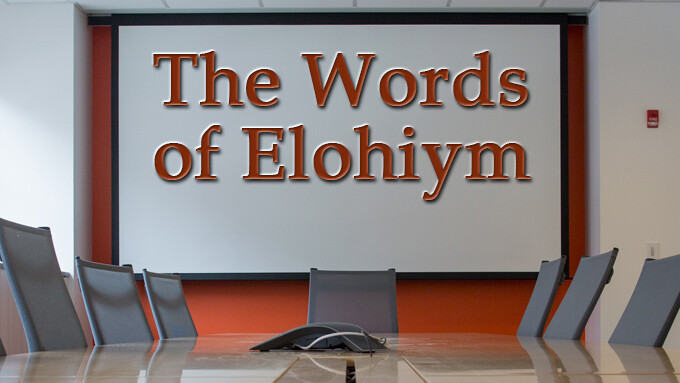 This week's blog post comes from Brad Scott at Wildbranch Ministries.
This article can be found here on his website.  In this article, Brad speaks a bit about words and their importance. 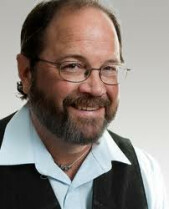 Perhaps the greatest difficulty I am personally confronted with in teaching the Hebraic perspective is terminology. It seems that no matter what educational background a person has, it is words that get in the way. Communication is the most important thing we do. Think about it! Where would we be if YHVH did not communicate with us through His word? What a wonderful way to let us know who He is. What a wonderful way to reveal to us how to be reconciled back to Him. He could have chosen other ways to speak to us. Sometimes He does. Sometimes He just "speaks" to us. But, for reasons that to many of us are obvious, He chose to communicate through people. Not just any people, but people that He knew in His omniscience would faithfully preserve His words through their culture. The Hebrew people. His view of the world became their view of the world. Or, you might say that their view of the world conformed to His view of the world.

Christians for centuries have known that the enemy perverts church doctrine. Christians have argued among themselves over doctrinal issues since the book of Acts, but to no avail. Why? Because we are swatting at the branches and not getting to the tree, much less the root. I will cut to the chase (idiom). Hasatan simply redefines the words, slowly, a little at a time. He spreads this calculated scheme over a long period of time. He uses evolution. He causes ‘Elohiym (God)'s words to evolve over time. He uses the most elementary technique, the translating of one language to another. I am going to concentrate the next several lessons on words, scriptural words. Words that over time have changed. Words of the New Testament that have become almost second nature to us. I hope to show that there has been a tremendous paradigm shift.

The terms that we read in the New Testament were not created in a vacuum. Virtually every word or words that you read have their beginning and defining in the Tanakh. When Yeshua‘ or any of the writers wrote their words, they did so with full confidence that the readers were already familiar with the words they chose to convey ‘Elohiym (God)'s ways. When Yeshua‘ said, "Be not afraid, only believe", He used a term already well established in the Tanakh as to its meaning. The word 'believe' did not pop up from nowhere in the New Testament! He assumed a previous knowledge of this word. When He uses the terms; kingdom, life, light, righteousness, way, truth, receive, bind, loose, come together, or worship, for example, He assumes we know what these things mean from our knowledge of His previous words. But we take the meaning of these common words for granted. So, I'll shut up. Let's get on with the lesson.

WORD
Let's begin with a few very common New Testament terms and trace them back to their meanings, keeping in mind that how a word starts out is how it is meant to be understood. Is that not logical? I would like to begin with the word, WORD!

Now, didn't Yochanan (John) just tell us that the Word is from the beginning? So, it did not begin here in the New Testament. Therefore, defining the word in the Greek is not going to tell us what the word word means. We have to go back to where it (HE) began.

The main Hebrew word used to translate this word "word" is dabar. Dabar is a spoken thing. It is speech. Whether by Mosheh (Moses), David, Sha’ul (Paul), Mattityahu (Matthew), kings, peasants, slaves, you, me, or YHVH, it is things that are spoken. When Mosheh speaks, it is the dabar of Mosheh. When the king speaks it is the dabar of the king. Whether uplifting words or slanderous words, it is dabar. So, when the Scriptures say, "The WORD of the Lord said to Yirmeyahu (Jeremiah) ..." you know that it is the dabar of ‘Elohiym (God). It is His words, Holy words, Righteous words. When He speaks, you know it is not man's words, but His words, His commandments, ordinances, precepts, and ways. Let me give you a few examples of His words, to help us define what His word is.

Here are just a few examples of how YHVH sees His word. They are laws and commandments for man to light his path. His word teaches us His ways, and how to walk in His paths. This is what the Word of ‘Elohiym (God) is. Now, Yochanan teaches us that this Word became flesh and dwelt among us. His Word, properly defined, was not a pre-existing thing or entity. It was not a concept housed in outer space waiting to become flesh. It was His teachings and His ways that became flesh. Now put this back into context in the New Testament.

See you next time.