A Mini-Lesson in Torah 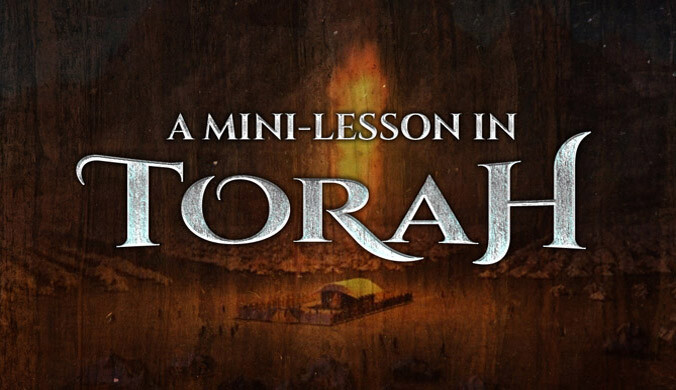 This week we're posting, with permission, a blog post written by Carmen Welker of The Refiner's Fire on May 31, 2015. 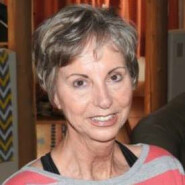 Torah is simply God’s Divine Instructions in Righteousness without which we would have NO blueprint for moral, holy living. Adam and Eve were given Torah –Instructions, one of which they blatantly disobeyed which got them kicked out of the Garden of Eden! God has always been adamant about His Rules. “Obey Me, or else!” And so, the first sin sacrifice we see is in Genesis 3:21 when YHWH killed an innocent animal to cover the nakedness of Adam and Eve. The next time we hear about sacrifices is in the story of Cain and Abel in Genesis 4, which shows that they somehow KNEW – obviously through their parents - that they had to present sacrifices! When YHWH was getting ready to destroy the earth by Flood in Genesis 7, we see Noah knowing the difference between “clean and unclean” animals:

Genesis 7:2-3
“2 Of every clean animal you are to take seven couples, and of the animals that are not clean, one couple; 3 also of the birds in the air take seven couples - in order to preserve their species throughout the earth.”

Genesis 8:20
“20 Noach built an altar to ADONAI. Then he took from every clean animal and every clean bird, and he offered burnt offerings on the altar.”

God was clearly somehow getting His Divine message through to the people of the time!

Okay. So, as time went on and the world’s population grew, for a long period it was up to each man to offer his own sacrifices. Well, after YHWH had Moses lead His people out of Egypt, He ultimately separated the Tribe of Levi as His Priests, who made all the offerings on behalf of everyone else. At this point I want to mention something very important: We need to remember that when YHWH gave the Ten Commandments, He wasn’t giving them only to the Jews – which is the excuse I hear from many Christians who insist those Old Testament rules weren’t for them. But the Torah clearly says He gave His commandments to all 12 tribes AND the Gentiles who had joined Moses during the Exodus! As a matter of fact, in Numbers 15:13-16 God said something profound that seems to be overlooked by many:

Did you hear that? Paraphrased it says any Torah-less non-Jew/Hebrew/Israelite who does not believe in the God of Abraham, Isaac and Jacob is an "alien"/a foreigner. However, if they do wish to accept Him, then they are to do exactly as those who are already belong to Him!

Romans 10:12-13
And in this, it discriminates neither Jews nor Gentiles. For there is one, Master YHWH, over them all, who is abundantly generous towards every one that calls on him. 13. For everyone that will call on the name of Master YHWH, will have life.

And here’s another shocker! If you believe in the God of Abraham, Isaac and Jacob, you are NO LONGER A GENTILE. Like our forefather Abraham in Genesis 12 who became a Hebrew once he accepted YHWH as His God and obeyed the command to leave his homeland and go to the place YHWH commanded, YOU automatically become a Hebrew – which is a Hebrew term which means, “To cross over.”

Y’shua never came to abolish Torah or even the animal sacrifices, which will actually be reinstituted when the Third Temple is rebuilt. He even said so in Matthew 5:17-20! But He was our final SIN Sacrifice/Offering and consequently we don’t need to kill innocent animals to atone for SIN any longer. He martyred Himself on our behalf. But that never removed the need for HIS people to obey His Torah.

NOTE: Our use of the term "martyr" is intentional because traditional Jews love to point out that "G-d never required human sacrifice!" Well, Y'shua wasn't a "human sacrifice" because nobody "sacrificed" Him. He was a Divine Sacrifice who willingly went to the cross/stake. As a human being, He had the choice to obey YHWH or not. As we see time and time again, He CHOSE to obey. He KNEW who He was....

For more on Yeshua and Human Sacrifice, please see our teaching titled: His Sacrifice in the Brit Hadasha Series! 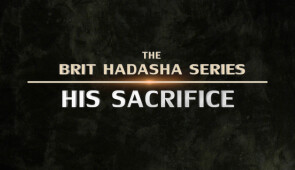