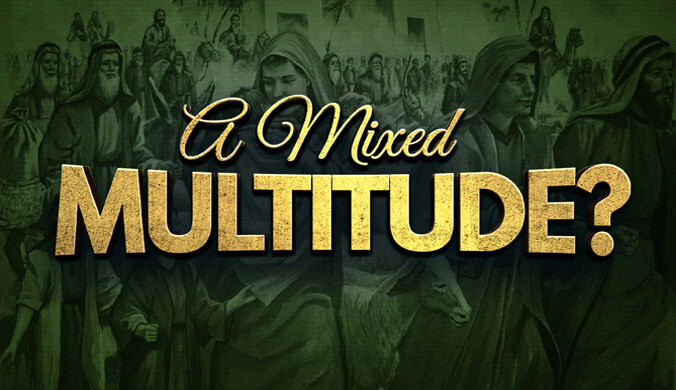 In the minds of those that subscribe to such doctrine, the Law of God is not for anyone that cannot trace their lineage back to Israel.

By spending just a little time in study, it becomes obvious that this common understanding should be tested further.

For example, Scripture states there was a “mixed multitude” at Sinai, this included Gentiles. 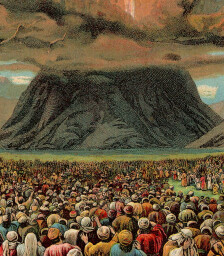 “A mixed multitude also went up with them, and very much livestock, both flocks and herds.”

We can also find some evidence indicating Egyptians may have been present in the mixed multitude:

And we see that the Law of God was not for "Israel only." The Torah was ALWAYS intended for anyone who says to our Creator “I will follow and do your will.”

Exodus 12:49
“The same law applies both to the native-born and to the foreigner residing among you."

Leviticus 24:22
“You are to have the same law for the foreigner and the native-born. I am YHWH your God."

Numbers 9:14
"'A foreigner residing among you is also to celebrate YHWH's Passover in accordance with its rules and regulations. You must have the same regulations for both the foreigner and the native-born.'"

Numbers 15:15
“The community is to have the same rules for you and for the foreigner residing among you; this is a lasting ordinance for the generations to come. You and the foreigner shall be the same before YHWH:”

Numbers 15:16
“The same laws and regulations will apply both to you and to the foreigner residing among you."

The interesting thing is this, that when YHWH addressed those in the faith, he addressed them as Israel, despite a person’s origins.

This means that in the eyes of YHWH an Egyptian was Israel as well, as long as they were in the faith.

They were never referred to as a “mixed multitude” again.

Passover was for all who said “I will” to the covenant.

This occurred after Passover, but before Sinai:

Exodus 19:5-7
“Now therefore, if you will indeed obey my voice and keep my covenant, you shall be my treasured possession among all peoples, for all the earth is mine; and you shall be to me a kingdom of priests and a holy nation. These are the words that you shall speak to the people of Israel.”

Both Israel, and the accompanying Gentiles entered into covenant with our Creator, and proceeded to receive the instructions of the Torah.

In the Exodus, the Gentiles were grafted into Israel, and considered all Israel in the eyes of YHWH.

Does this sound familiar?

Paul wrote of this occurring again in the first century, following the Passover related to our Messiah. 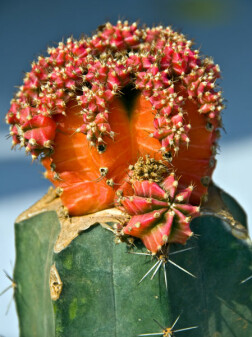 Romans 11:23-24
“And even they, if they do not continue in their unbelief, will be grafted in, for God has the power to graft them in again. For if you were cut from what is by nature a wild olive tree, and grafted, contrary to nature, into a cultivated olive tree, how much more will these, the natural branches, be grafted back into their own olive tree.”

Being grafted in and becoming Israel is immensely important, because in order to enter into the gates of New Jerusalem at the very end, you need to be a part of Israel.

Revelation 21:12 – Referring to the New Jerusalem
“It had a great, high wall, with twelve gates, and at the gates twelve angels, and on the gates the names of the twelve tribes of the sons of Israel were inscribed”

It might then be asked, how do we know what tribe to be in if we were originally Gentiles to start with?

There is no gate into the New Jerusalem labeled Gentiles.

It describes a time in which Yeshua returns and the first resurrection takes place.

We are all then gathered together and brought into the land as we were promised long ago.

The land that becomes Israel is massively larger than the land politically called Israel today.

The land is divided up and given to you according to what tribe you fall into. The details are given to us in the prophet.

However, what we want to know is how do Gentiles, like many of us, become assigned to a specific tribe so that when we arrive to the New Jerusalem after the 1,000 year reign we then know what gate to enter.

How does that work?

The end of Ezekiel 47 answers this for us. The gentile, or foreigner, chooses what tribe they want to reside in and that dictates their tribe status.

This will be a very interesting time indeed.

So those that attempt to theologically separate themselves from Israel, and consequently the Torah, are a case of confused identity. They do not know who they are.

You are not Gentiles. You once were Gentiles, but now you are grafted into Israel, just like those before you.

You were once Gentiles, but you are no more. You are of the commonwealth of Israel, a citizen of the one nation of our Creator.

Ephesians 2:11-13
“Therefore remember that you, once Gentiles in the flesh—who are called Uncircumcision by what is called the Circumcision made in the flesh by hands— remember that you were at that time separated from Christ, alienated from the commonwealth of Israel and strangers to the covenants of promise, having no hope and without God in the world. But now in Messiah Yeshua you who once were far off have been brought near by the blood of Christ.”

If you would like to know the larger purpose of Israel, we would recommend the teaching “The Lost Sheep.” We especially recommend that teaching video if what we just covered caused more questions than answers.

We hope that this teaching has blessed you, and remember, continue to test everything.