Can I Lose My Salvation? 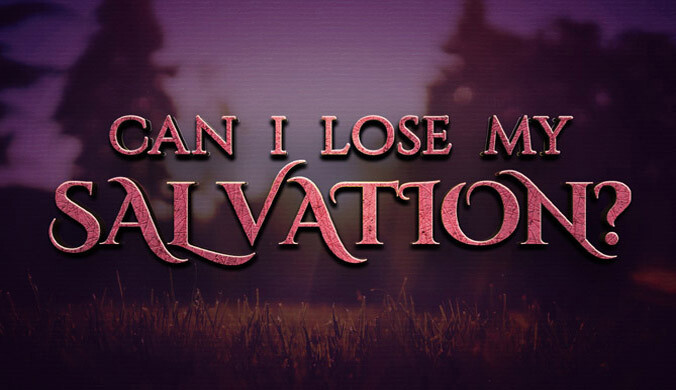 This week's blog post comes to us from our good friend Brad Scott of Wildbranch Ministries.
(https://www.wildbranch.org/teachings/lessons/lesson74.html). 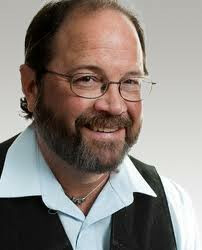 It seems that wherever I go, this question is usually asked. Many times I get this question in private after I speak. This issue is usually in a group of similar questions that are proposed in the guise of seeking an answer, but in truth is only an attempt to solicit an accomplice. Those who are convinced that there is an actual 'correct' answer to this question are usually only seeking more ammunition for their view. My purpose is not to avoid the answer, but to ask if the scriptures even address or teach such a question, or is this question really just another diversion from the real issues.

I suppose an accurate answer to this question may lie in what a person means by 'salvation'. This is a question I have addressed several times in past lessons in the archives, so I will not labor the point again. However, it would behoove us to address it because one's definition of salvation directly affects the issue. Since the majority of appearances of this word is contextually related only to some kind of physical deliverance, we will not concern ourselves with scriptures in which that is the case, even though some arguments for and against the loss of salvation do quote these scriptures erroneously. We will concern ourselves with the context of salvation as it relates to the 'new birth', or deliverance from the penalty for sin, which is death. Those who believe that you can be saved and then lose that salvation have a list of prooftexts that are supposed to support their view. Not the least of which are:

Hebrews/Ivrim 6:4-6
"For it is impossible for those who were once enlightened, and have tasted of the heavenly gift, and were made partakers of the Holy Spirit, and have tasted the good word of ’Elohiym, and the powers of the age to come, If they shall fall away, to renew them again unto repentance, seeing they crucify to themselves the Son of ’Elohiym afresh, and put him to an open shame."

Hebrews/Ivrim 10:26
For if we sin willfully after we have received the knowledge of the truth, there remaineth no more sacrifice for sins ..."

2 Peter/2 Kefa 2:20-22
"For if, after they have escaped the pollutions of the world through the knowledge of Adonai and Savior, Messiah Yahshua, they are again entangled in it, and overcome, the latter end is worse with them then the beginning. For it had been better for them not to have known the way of righteousness than, after they have known it, to turn from the holy commandment delivered unto them. But it is happened unto them according to the true proverb, The dog is turned to his own vomit again; and the sow that was washed, to her wallowing in the mire."

Those who believe that one cannot lose their salvation have a long list of prooftexts as well. Some of them are:

Ephesians 1:13
"In whom ye also trusted, after ye heard the word of truth, the gospel of your salvation; in whom also after ye believed, ye were sealed with that Holy Spirit of promise ..."

John/Yochanan 5:24
"Verily, verily, I say unto you, He that heareth my word and believeth on him that sent me, hath EVERLASTING life, and shall not come unto judgment, but is passed from death unto life."

Hebrews/Ivrim 7:25
"Wherefore, he is able also to save them to the uttermost that come unto ’Elohiym by him, seeing he ever liveth to make intercession for them."

Now I am sure I will be inundated with e-mails containing much 'better' prooftexts to support each position. But I know what most of them are. I was raised in the 'church', and I have listened and read most of the ironclad positions concerning this matter, which is all the more reason for my stand on this issue. My question would be, are these verses placed where they are for the express purpose of teaching whether one can lose their salvation or not? If this question is what is being taught by the writers of scripture, then I can assure you that there is good support on both sides, and the issue will NEVER be solved. But do the scriptures in any way force us to solve this issue? I think not.

The issue of the loss of salvation is in keeping with western theology, which has long been in the business of defending itself rather than seeking truth. The answers to these religious polls is the litmus test as to whether one belongs to the correct religion. Let me ask two simple questions. If I AM truly born again and I believe that I can lose that standing, then how does my answer change the fact that I am born again? If the answer to that question is not the means by which I became 'saved' in the first place, then how does an affirmative answer 'unsave' me? On the other hand, if I am truly NOT born again, then does my belief that I am once saved, always saved, change the fact that I am not saved? We are now getting closer to my position, for what it is worth.

In the 3rd chapter of the gospel of John/Yochanan, Yahshua has a little chat with Nicodemus. It is here that we are confronted with the issue of the new birth. The Messiah does something that is very typical of His culture. He uses an earthly, physical reality to teach of a heavenly, spiritual reality. He compares the spiritual birth with an earthly birth. Then he scolds Nicodemus for attempting to understand spiritual realities outside of grasping the earthly realities. The question that should be asked is, Am I truly a child of ’Elohiym?

When one is born in the flesh, he enters the world through no effort of his own. But the reality of the physical birth HAS taken place. The reality of this birth is expressed in the process of the child BEING human. The child, crudely at first, will now seek to behave, quite naturally like a human. There will be diversity in specifics, but the behavior will be human behavior. The child cannot choose to be a dolphin, a pidgeon, a flower or a shoe. He is a human and will by nature seek those things that are condusive to human behavior, however varied they may be. The reality of the 'heavenly' birth is placed along side the physical one.

If one is truly born again, an incorruptible seed, then this child of God will seek to behave like a child of God. His behavior is determined and guided by the source of his birth, in the same way that earthly children's appearance and behavior is determined and guided by the genetic make-up and training of his parents. From my perspective, when I see a professed child of ’Elohiym consistently behaving in a manner not consistent with the ways of the Creator, I can logically assume two things. Either the person is ignorant of the ways of the God of Israel, or the person is only professing to be a child and in reality has not received the Word of ’Elohiym. It is in all the anecdotal possibilities that the analogy begins to break down, not because Yahshua's comparison is faulty, but because Yahshua is using faithful pictures, and our world is filled with deception and inconsistencies. In our picture with Nicodemus, the reality of the expression of the new birth is as certain as the reality of the expression of our first birth. However, in our world people say one thing and do another. It is difficult to use father, mother, and family relationships to describe spiritual relationships because our culture of uncertain parentage is filled with broken homes, violence, abuse, abandonment and children who have 3 or 4 sets of stepmothers and stepfathers.

It is here that I will stop and simply give my stand on this issue. I have studied this issue extensively, not only in the scriptures, but in Rabbinical literature as well. You do not read of the Jewish people sitting around arguing whether they could lose their salvation or not. In Rabbinical literature the subject was always 'how' to please their Creator. I believe that if a person has TRULY received Messiah, the living seed and word of YHVH, then his or her life will, by nature, express that reality by obeying His commandments and following His ways. This is what I believe the Scriptures present to us. We are to examine ourselves as to whether we are 'in the faith' or not.

We are all in various stages of growth and development, which is the meaning behind the fourth soil that produces one hundred, sixty, and thirtyfold. I believe that a professed believer is either clearly producing the works of his father, has not learned the ways of his father as yet, or is deceiving himself and others. I do not see the scriptures teaching a fourth option of 'losing' one's salvation. Salvation begins with a birth, a gift from YHVH and not any works, just like a physical birth. A true birth is followed by a natural, implanted (seed) desire to be like the one who brought you into the world. The question of losing it or never losing it is abominable at worst and irrelevent at best. The enormous amount of time spent on this silly question is nothing less than an evil attempt to divert our attention to intellectual comprehensions and away from 'doing' what is righteous and holy. The true child of YHVH is interested, by nature, in pleasing his father and doing those things that glorify him.

Mattityahu 5:16
"Let your light so shine before men that they may see your good works, and glorify your Father, who is in heaven."

2 Timothy 2:19
"Nevertheless, the foundation of ’Elohiym standeth sure, having this seal, YHVH knows them that are his; and, Let every one that nameth the name of Messiah depart from iniquity."

1 Peter/1 Kefa 1:14-16
"As obedient children, not fashioning ourselves according to the former lusts in your ignorance, but, as he who hath called you is holy, so be ye holy in all manner of life, because it is written, Be ye holy; for I am holy."

1Peter/1 Kefa 2:1-2,8
"Wherefore, laying aside all malice, and all guile, and hypocrisies, and envies, and all evil speakings, as newborn babes, desire the pure milk of the word, that ye may grow by it ..."

Ephesians 2:8-10
"For by grace are ye saved, through faith; and that not of yourselves, it is the gift of ’Elohiym - not of works, lest any man should boast. For we are his workmanship, created in Messiah Yahshua unto good works, which ’Elohiym hath before ordained that we should walk in them."

Whether in the physical or the spiritual, a true child has the seed of his father and produces the fruit of that seed. This has been true from the beginning and will be true in the end.

Revelation/Hitgalut 12:17
"And the dragon was angry with the woman, and went to make war with the remnant of her seed, who keep the commandments of ’Elohiym and have the testimony of Messiah Yahshua."