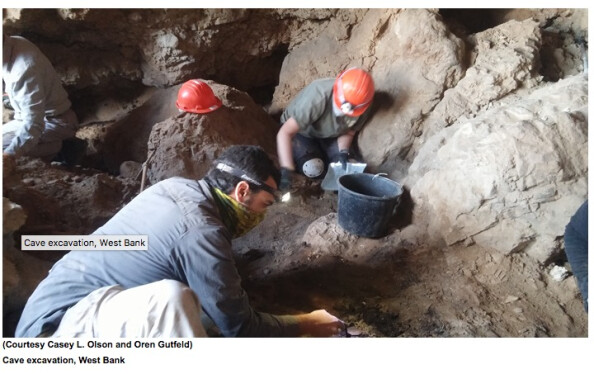 In 1946 or 1947, a Bedouin goatherd found a number of ancient texts in a cave overlooking the Dead Sea and the ruins of the town of Qumran in the West Bank. Searches over the next decade yielded around 900 mostly fragmentary ancient Jewish texts in 11 different caves. These texts, known as the Dead Sea Scrolls, are among the greatest archaeological discoveries of the twentieth century. Written primarily on parchment and papyrus, they date from between the third century B.C. and the first century A.D. and include almost all of the Hebrew Bible, texts related to it known as Apocrypha, and the writings of a Hebrew sect thought to have been based at Qumran, most likely the Essenes. The texts offer valuable insights into debates about Jewish law and ritual—as well as messianic speculation—in the period after the composition of the Hebrew Bible and before the rise of Christianity and Rabbinic Judaism. 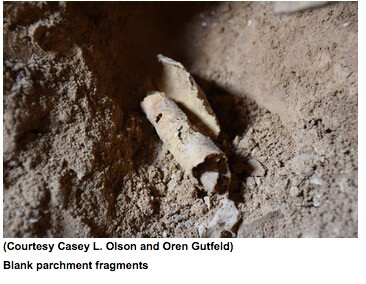 Recently, small fragments of texts purported to be from the area have appeared on the antiquities market. Many are thought to be fakes, but they have led to concern that there are undiscovered Dead Sea Scrolls, and that looters are getting to them in advance of archaeologists. In response, the Israel Antiquities Authority has launched Operation Scroll, which aims to survey several hundred caves in the area and excavate ones that may contain texts. In February 2017, archaeologists announced they had discovered a cave in the cliffs west of Qumran near the northwestern shore of the Dead Sea that they believe once held additional Dead Sea Scrolls.

In a tunnel around 50 feet from the cave’s entrance, archaeologists led by Oren Gutfeld of the Hebrew University in Jerusalem and Randall Price of Liberty University in Virginia unearthed a range of objects, including several broken storage jars of the sort that sometimes contained scrolls, multiple pieces of cloth used to wrap scrolls, straps of leather to tie them, tendons that connect them, and even pieces of blank parchment. “But, unfortunately, the scrolls were not there,” says Gutfeld.

Then, hidden between two rocks, they found a pair of pickaxes dating to the 1950s. This, for Gutfeld, was critical. “In my opinion, for sure there were scrolls in this cave that were looted by Bedouins 60 years ago,” he says. “And how can I be so certain? We have everything that is attached to the scrolls. And they left us their pickaxes.”

Robert Cargill of the University of Iowa and other experts aren’t so certain. Cargill points out that many caves in the area have signs of looting. In his opinion, it is the discovery of blank parchment that makes the newly excavated cave significant. Along with previous discoveries at Qumran of inkwells and styluses, remains of animals and materials to remove hair from their hides, and tests showing that ink used to write at least some of the Dead Sea Scrolls was made using water from the Dead Sea, the blank parchment supports the argument that some of the scrolls were produced locally. “The big story is that they found another piece of evidence that the residents of Qumran, whoever they were, could manufacture scrolls,” says Cargill, “not that they found a Dead Sea Scrolls cave.”

For Lawrence Schiffman of New York University, the blank parchment is also the excavation’s most important find, though for a different reason. He sees it as an explanation for how forgers have managed to produce fake Dead Sea Scroll fragments that appear to be genuine based on radiocarbon dating. “It tells us that it is possible to recover blank animal skin material from antiquity that could be used to make fakes,” he says. “Since this cave had some writing material, it may be that other caves had blank writing material as well.”