ElBaradei to be appointed VP - EGYPT

Ziad Bahaa El-Din, a lawyer and member of Egyptian Social Democratic Party has been chosen as the new Egyptian prime minister following the ousting of President Mohamed Morsi by the military on Wednesday, according to sources cited by Egyptian daily Al-Ahram.

A presidential spokesman confirmed on Sunday that Bahaa el-Din is likely to be appointed interim prime minister of Egypt under a deal emerging among the country's new political forces.

Al-Arabiya television said Bahaa el-Din had asked for time to consider the offer.

One of the founders of the Social Democrat party and a strong critic of ousted Islamist President Mohamed Morsi's rule, Bahaa el-Din argued in favor of Egypt concluding a $4.8 billion loan deal with the International Monetary Fund, which remains stalled because Morsi refused to implement it.

He was elected to Egypt's first parliament after the uprising that overthrew Mubarak in 2011 but the legislature was dissolved last year when the constitutional court ruled that the election law was flawed.

Bahaa el-Din, 48, an commercial lawyer with a doctorate in banking law from the London School of Economics, was head of Egypt's investment authority in the late years of ex-President Hosni Mubarak's rule during a period of economic liberalisation, but resigned before the former autocrat was toppled.

Al-Ahram quoted Nour deputy head Bassam El-Zarka as saying that the party would welcome the appointment of El-Din as prime minister.

"He is one of the liberal figures that we greatly respect," he said in an on-the-phone interview with Egyptian channel Al-Hayat.

His appointment was suggested as a compromise by the "Tamarud - Rebel!" youth protest movement which mobilised millions of demonstrators to demand Morsi's removal and which has gained strong influence among the new authorities.

"Now the revolution is on its right path, and we tell the Egyptian people we will continue until we get our freedom," said Tamarud co-leader Mahmoud Badr. "We will back Dr ElBaradei as much as we can with all our might, but whoever commits a mistake, we'll be there to monitor." 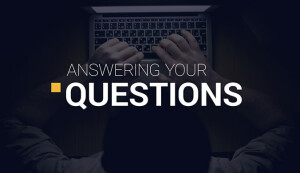