Is Hebrew Roots A Cult? 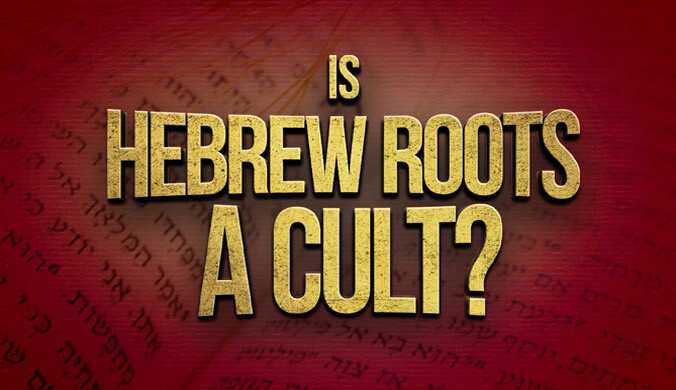 119 Ministries is generally classified under the umbrella as being part of Hebrew Roots, whatever that might really mean these days.

According to a lot of Christian mainstream commentators, Hebrew Roots is a cult.

However, outsiders looking in often assume everyone in Hebrew Roots subscribes to all of the same ideas and beliefs. This is understandable because denominations such as Baptists, or Pentecostal, by in large, often agree to a certain doctrinal outline.

In Hebrew Roots we agree that there are some highly alarming beliefs. These alarming beliefs are not something that 119 Ministries agrees with. Some examples might be the sacred name position, or those that completely discarding Paul’s writings.

Those particular examples often serve as an accusatory lightning rod in the Hebrew Roots movement and cause much confusion for those attempting to understand what those in Hebrew Roots actually believe.

Before we even go there, what is a cult? How is a cult defined?

• a system of religious veneration and devotion directed toward a particular figure or object.

• a misplaced or excessive admiration for a particular person or thing.

• a relatively small group of people having religious beliefs or practices regarded by others as strange or sinister.

Most agree that 119 Ministries would not fit into the first two definitions, but did you see the last definition?

• a relatively small group of people having religious beliefs or practices regarded by others as strange or sinister.

Being considered to be a small group of people is subjective. It is difficult to say how many place themselves in a doctrinal box called “Hebrew Roots.” It is certainly tens of thousands, perhaps hundreds of thousands; but mainstream Christianity certainly has more numbers. Those in Hebrew Roots would be small in comparison to the numbers of those in mainstream Christianity.

If Hebrew Roots is considered a small group, it is also certain that many in the Christian community believe that the common beliefs in Hebrew Roots are rather “strange.”

In that case, 119 Ministries would indeed be considered a cult in the eyes of mainstream Christianity.

Here are some typical Christian thoughts on Hebrew Roots:

The roots of Christianity grow deep in Jewish culture, and it is highly recommended that all Christians learn about the Jewish feast days, holy days and other customs. They will only deepen our appreciation and understanding of our common ancestry that we have, Gentiles together with Jews. But to suggest that any Gentile believer who follows Jesus must be placed under Old Testament law is nothing but bondage, and it's a bondage that the Bible speaks against not only in the verses quoted here, but in many other places as well. Regarding the freedom we have in Christ, let me leave you with this verse from the Master himself:

"If the Son therefore shall make you free, ye shall be free indeed."
http://www.nowtheendbegins.com/writers/GG/the-hebrew-roots-cult.htm

Of course, we do not consider the Law of God to be bondage, and we don’t believe Paul did either. We simply believe Paul to be misunderstood. Many of our teachings consider Paul’s words, and when context is considered, we believe his pro-law stance to be very clear. The Bible as a whole is also very clear on how we are to feel about the law of God…consider reading Psalm 119 as a start.

The crux of their heresy is that they deny the atonement of Christ by denying that He fulfilled the Mosaic Law….

Another claim is that there is no salvation under any other name but the Hebrew name of Jesus. This claim is the essence of the Sacred Name Movement, which is also essential to the Hebraic Roots Movement.
http://www.truthkeepers.com/?page_id=341

Well, we are not even fluent in Hebrew. We might know a few dozen words or so, but we certainly do not believe one is required to say names in Hebrew to be part of our Creator’s plan of salvation. Hebrew names are nice to know because they provide additional insight as Hebrew names have definitive meanings; but there is nothing that requires knowledge of a particular language to enable salvation.

Here is another statement of belief against Hebrew Roots…"

The premise of the Hebrew Roots movement is the belief that the Church has veered far from the true teachings and Hebrew concepts of the Bible.
http://www.gotquestions.org/Hebrew-roots.html#ixzz3eBXL8Msu

The reality is that every author of the Bible was Hebrew, and a first century Hebrew context and perspective is going to naturally provide more insight and understanding than examining the scriptures from a western point of view.

When it comes down to it, being called a cult is not really saying much. By definition it is simply a larger group saying to a smaller group, your beliefs are “strange.”

If following the whole Word of God in love for our Creator and Messiah counts us as “strange” and worthy of being called a cult, then so be it. We suppose we should simply get used to it.

Hosea 8:12
Though I wrote for him ten thousand precepts of My law, They are regarded as a strange thing.

We hope that this teaching has blessed you, and remember, continue to test everything.

Are those in the Hebrew Roots movement Judaizers?  Find out more in our blog post HERE!

Messiah and the Fig Tree - Part 2