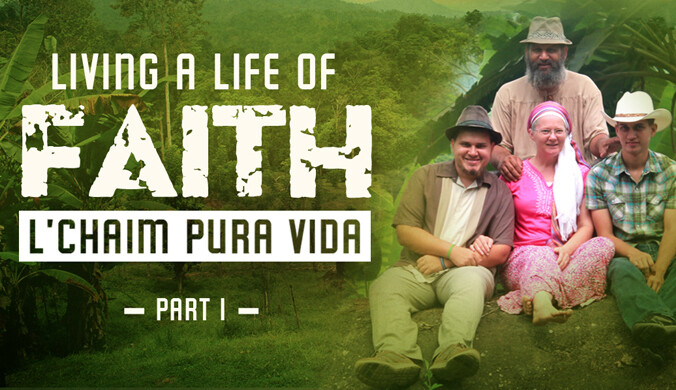 We wanted to take some time to introduce to you a missionary family here in Costa Rica that is also instrumental in our ministry to those who speak Spanish.  The Montañez family have dedicated their lives to the service of our Creator.  We have asked them to tell a little bit of their story, who they are, what they have done, and what they are doing or plan on doing in the future.  Their ministry is called Family Gospel World Missions, their website and blog is L’Chaim Pura Vida. (For more on why they are called L'Chaim Pura Vida, check out their blog post here: http://lchaimpuravida.com/2016/05/27/what-is-lchaim-pura-vida/)

We have visited their modest home and experienced the love of YHWH firsthand as well as met some of the people they help.  They are a true blessing and living example of a family living entirely in faith, a living testament to the provision and work of YHWH today.  Read their story and see how YHWH is faithful to those who trust in Him, watching over His word to perform it.

This will be a two-part blog post; the first part will focus on who they are and some of their experiences.  The second part will be more about what they are doing today as well as future projects.  You can find more about them, their work, and their journey by visiting their website at: http://lchaimpuravida.com/. 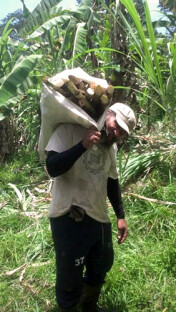 It is such a blessing to have the opportunity to introduce ourselves.  We are Jesus, Tammy, Christian, and Christopher Montañez, a servant family whose journey began in Puerto Rico. For 10 years, we served in many capacities including Children’s Ministry Directors, Awana Missionaries, as well as Independent Missionaries in Florida and along the East Coast.  We loved preaching and teaching the Word.

In 2009, we were invited to visit Texas and attend a Sukkot gathering.  Through the wonderful people we met and the Holy Spirit/Ruach haKodesh, a desire was planted in us to ask questions and seek the truth. In early 2011 we were approached with the idea to pray about going to Costa Rica, and YHWH opened the doors to bring us here.

We desire to serve Abba YHWH as the doors are opened. 4 years ago, we heard that 119 Ministries needed help translating some teachings into Spanish.  We saw a need for Spanish teachings to share with those we met along the way. We began with teachings and today we also monitor emails, FB, and translate graphics for Examinalo Todo/Ministerios 119, the Spanish side of 119 Ministries. 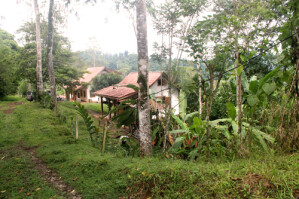 We do not own a home nor a car; we do not have a nest egg account from which we can live off of.  When we took the step in faith to serve Abba YHWH we left everything behind.  Many thought we were crazy and said we couldn’t just leave the ministries we were involved in.  They said we had to have another source of income.  Some even said that living like the missionaries in the old days (with little to nothing or another source of income) was not possible today.  But Abba YHWH has been faithful to provide and continues to do so as we learn to walk in his Torah and do the work he has called us to.

We came here to help a beautiful couple build their home and homestead. They have been a blessing to us but Abba called them back to the USA; while they are gone, they have allowed us to stay and live in their home and continue to build their homestead. When we first moved here, we had no power or water, and the road did not reach the building site. We had to bathe, wash our clothes, and bring water from the streams for all our needs. 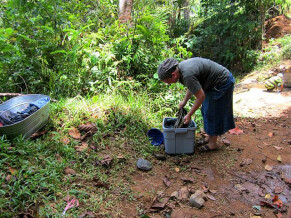 Building materials had to be carried from the other side of one of the streams to the building site. It built our faith and made our bodies stronger. We had very little support but with our reducing expenses which our extended family covered most of; we were able to continue serving others.

We are a part of a rural community with dirt roads. We live in the middle of a mountain where we plant and raise most of our food. Abba has been good to us and has given us a great harvest to share or sell to others. There are several small communities around us; most of them are very poor and the only source of income is in the Banana Plantations. Costa Rican people as well as native tribal members are all over our area. These are some of the communities we visit when we can, to build relationships. Most of the people around us are Evangelical, unlike other places we visited that have a strong Catholic belief. The churches in our area have persecuted us since we began preaching and teaching.  Lies have been told about us, we have been shunned, and even have had false accusations made against us.  Once there was a very real possibility of going to prison because of these accusations. However, YHWH fights our battles and we have never had an argument with any of them and we are allowed to continue his good works. 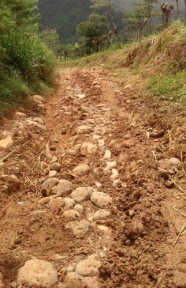 Most of the challenges are due to the bad roads that become so slippery when it rains, thus preventing us many times from making it home. In addition, we also deal with electrical issues due to the distance from the house to the nearest transformer.  Distance can be a big challenge as well; we do not have gas stations, stores or even a post office close to us.

There are a few families who have received the Torah with gladness and it’s going really well for them.  We have placed several of the 119 videos already in Spanish on many people’s electronic devices, continuously striving to plant seeds, however it has been a struggle to reach the masses.  Our biggest obstacle is the church and the testimony of those who say they 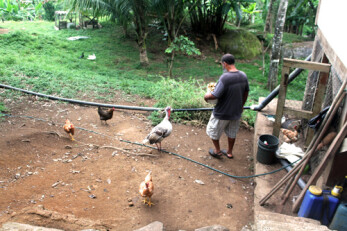 know Hebrew and Torah but live a testimony that is different than the likeness of Messiah.  We are little by little, reaching others who are open to the truth. We strive to live as a witness that speaks louder than words. Because we continue to share every chance we can, we are able to see good fruit beginning to sprout. If we measure by crowds or followers we might look at it differently from man’s eyes, but as time passes we know that there will be a day when they will search with all their hearts and know where to find it. We believe that Torah in action is true love. We share Torah because it is a blessing to those that keep it, it is healing to them, and the commandments found in Torah are how we can establish relationships in faithfulness and truth. For example, we shared the dietary instructions along with scientific research with someone and after they stopped eating pork, their health improved and they were healed. That is a blessing from Torah.

We also explain to them that relationships with the commandments in Torah should bring people closer since today it is hard to trust people that lie, cheat, steal and covet. If it weren't by the Torah we would not know that we should not covet. The same applies with all the other commands. If we say “Dios te bendiga”(God bless you), we mean that He would cause them to return to His Living Torah because they are His promises to bless us. Seeking to supply the need of the poor, widows and fatherless. It is a miracle that we have what we have and YHWH has provided and multiplied when we lacked.

We have seen healings and we receive calls saying that they appreciate us and what we do. At one time in particular, our road was so bad we had to walk to town. One day we saw a couple walking and the lady seemed to be walking with much pain in one of her legs. We said hello and felt led to pray for her knee. We continued our day and later she called us saying that she was healed that day. 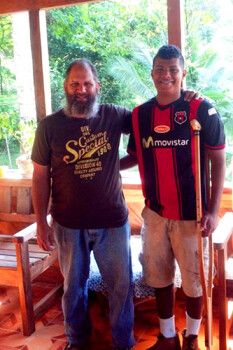 accident. He was told that his one leg was going to be shorter than the other and that they had to do a second surgery. He came to our home, and we prayed for him that Shabbat night. Two days later his MD at the hospital after looking at the x-rays said hugging him, “How did that bone get together?” He did not need a second surgery and is walking better every day. He was also told that he could go back to work soon. HalleluYAH!

We hope that you have been blessed by this peek inside the life of a family wholly dependent upon the provision of the Creator.

In two weeks we will hear more about what they are doing as well as their future plans.  Until then, please check out their website and keep them in prayer.  If you wish to support their ministry, you may do so either directly through their website or send a donation to 119 Ministries with a note that it is for the Montañez Family through our website here: http://www.119ministries.com/supporting-119/