Matthew 11:11 - How is the Least Greater than the Greatest? 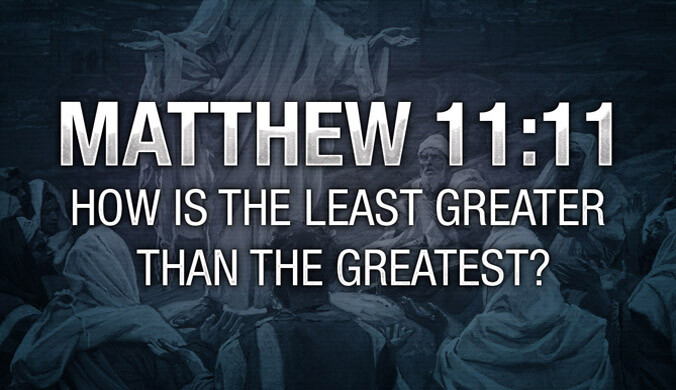 A question common to Matthew 11 is that of what Yeshua meant in verse 11.

Matthew 11:11
Verily I say to you, Among those born of women, there hath not arisen a greater than John the Baptizer: yet the small one in the kingdom of heaven, is greater than he.

The statement was made prior to the beheading of John the Baptist, it was really a bit of a low point for him as he had just questioned if Yeshua was truly Messiah.  As great as John was while alive on earth, he was nothing compared to someone who had already run the race and made it into the kingdom.  We know from life that there are those who are least and those who are greatest on earth.  As the physical teaches the spiritual, we find out that there is a hierarchy of least and great in the kingdom as well.  Yeshua is again reminding us that what is on earth is nothing, what is on earth may be destroyed by moths but what makes it into the kingdom is eternal.  We need to take our focus off of what it means to be great and successful in this world and instead focus on what it means to be great with our Creator and King in eternity.
Shalom

Tags: john the baptist, greatest, least, matthew 11:11, how is the least greater than the greatest?, born of women
119 Blog