Righteousness, The Pharisees, and You - Part 4 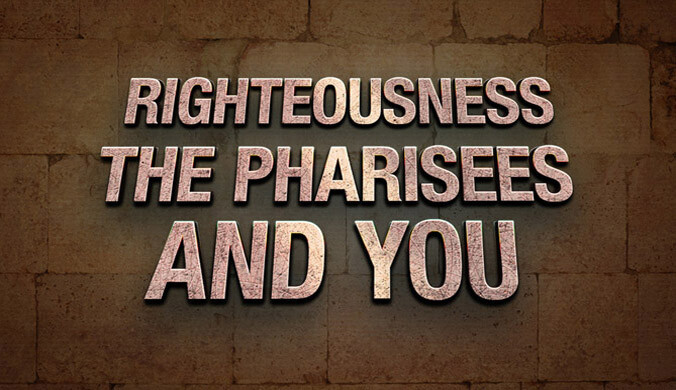 Part 4:  How Our Righteousness Can Exceed that of the Pharisees & Scribes

If they obeyed the law, and we obey the law, then how can our righteousness exceed theirs?  What can the difference be?  If we look back to what we stated earlier, the Pharisees actually followed their own man-made doctrines, oral laws/traditions instead of following the commandments of God.  They appeared to “obey” the law in front of people, on the street corners, and made a big show of how devout they were.  However, they were not following God’s laws as well as they believed.  Not only that, but they seemed to “obey” with a false humility, false obedience, and thus, false righteousness.  It seems they were following the law for their own glory and to puff themselves up before others instead of doing it because they loved God desiring what He wanted; they do not seem to have had the fear of Him we are commanded to have (also mentioned in Deuteronomy 6 among other places).

Just as in worship, we need to obey God in spirit and in truth.  We are to be humble before our God, the Creator of the Universe. We are to earnestly seek Him and His truths, not what we come up with or what other men have come up with.  We are not to be like the Pharisees who were trying to show how righteous they were by following the letter of the law but disregarded the spirit & truth of the law and even making up more of their own.