Running to the Wrong Goal 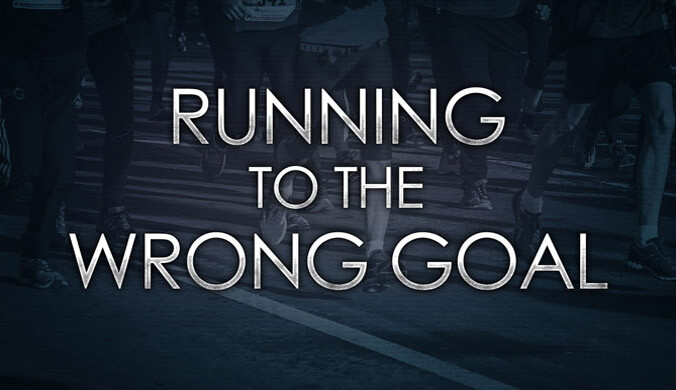 It was October 25, 1964, and the Minnesota Vikings were playing against the San Francisco 49ers; the 49ers have just fumbled the ball, it’s up for grabs.  Defensive End Jim Marshall scoops up the ball and takes it 66 yards into the endzone...his own.  This moment is remembered in sports history as “The Wrong Way Run”, where one man took the ball into the wrong endzone, celebrated by spiking the football causing it to roll out of bounds and scored 2 points for his opponents.  He got so excited, so caught up in what he was doing, that he lost his bearings and ran to the wrong goal.

Jim  Marshall had to have been embarrassed by his actions, yet he kept going and had a great career in the NFL.  Why do we bring this up?  Because it’s far too easy for us to get excited about something, lose our bearings, and rush off in the wrong direction without realizing it.  This is something that has happened to God’s people as we created doctrines and precepts to follow, intending to follow God but ending up in a completely different place than we originally intended.  What began as creating guidelines to help prevent the breaking of the Torah eventually grew and spiraled off until we gave more validity to those guidelines than the words of the Creator.  We lost sight of the goal of the Torah and focused ourselves elsewhere.

As humans, we get excited when we see something new in our studies, some new-to-us revelation.  We can get so caught up in the excitement that we begin to overlook the details; vital pieces of information such as the context or audience are missed and we end up confused and don’t even realize it.  In other words, we’ve missed the bigger picture because of tunnel vision, or what may be called “revelation blindness”.  We aren’t saying this happens every time or to every person, but it can and does happen.  Sometimes we start off with one goal but focus on another and then aren’t even sure how we got to where we did.  Remember living out the Torah is like shooting an arrow at a target.  Even if you have 95% of an arrow, it's not going to hit the target the way it should; it will miss the mark.

The truth of the Word of God is complete and amazing; each time more truth is revealed it’s like a paradigm shift in our minds and hearts.  Unfortunately, sometimes we receive that new truth, then zero in on it, isolating it and then begin to dictate our doctrines based on this one truth instead of the whole truth in its context.  Consider what would happen if someone took only ½ of a football and ran with it.  Would it be of any value without the rest of the ball?  In the same way, we cannot take only ½ of the truth and run with it, make doctrines from it; we will only end up in the wrong place.

We’ll leave you with some final thoughts.  Yogi Berra once said,

“If you don’t know where you’re going, you’ll end up some place else”

Do you know where you’re going with your life, in your walk?  Do you know what you’re running towards?   If you strip away all doctrines and teaching, and honestly examine your walk, where is it taking you?

We hope that this has blessed you.  Remember, continue to test everything.