Sodom and Gomorrah Destroyed by Fire and Brimstone... but we already knew that 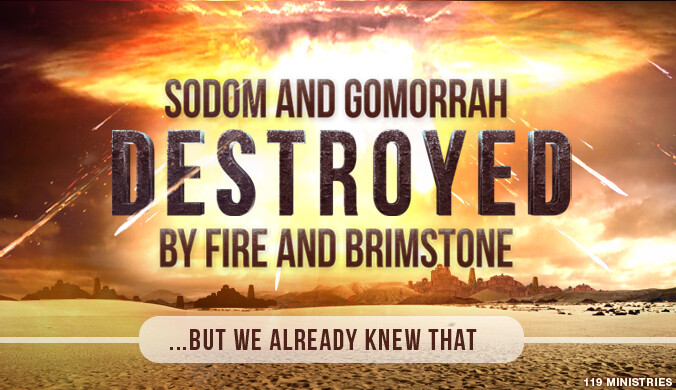 Recent archaeological findings were presented in November at the annual meeting for the  American Schools of Oriental Research indicating that the ancient cities of Sodom and Gomorrah were destroyed by fire and brimstone.  This "theory" that began at least back in 2015 by this group of researchers.

Their theory speculates a meteor was involved and there's evidence that a whole slew of buildings suddenly disappeared at the same time, around 1700 BC.  Is this definitive proof of the biblical story? No, but it's very close to the biblical account found in Genesis 19.

For more on the recent presentation at the November meeting and their findings, CLICK HERE.

Here is the abstract for the paper that will be part of a larger book, Section 9E: Environmental Archaeology of the Ancient Near East  CLICK HERE to go to the larger book abstract this was taken from.

Commensurate with these results are the archaeological data collected from across the entire occupational footprint (36 ha) of Tall el-Hammam, demonstrating a directionality pattern for the high-heat, explosive 3.7kaBP Middle Ghor Event that, in an instant, devastated approximately 500 km2 immediately north of the Dead Sea, not only wiping out 100% of the Middle Bronze Age cities and towns, but also stripping agricultural soils from once-fertile fields and covering the eastern Middle Ghor with a super-heated brine of Dead Sea anhydride salts pushed over the landscape by the Event’s frontal shockwaves. Based upon the archaeological evidence, it took at least 600 years to recover sufficiently from the soil destruction and contamination before civilization could again become established in the eastern Middle Ghor."

This is interesting to say the least, we love it when science and archaeology support Scripture.

Read the Biblical Account relating to this event including Lot offering up his daughters when you CLICK HERE.

Watch (or go to download the transcript) for 119's teaching on Lot's Daughters where we explore how Lot can be called a righteous man when he offers up his daughters to an angry mob by clicking the image below. 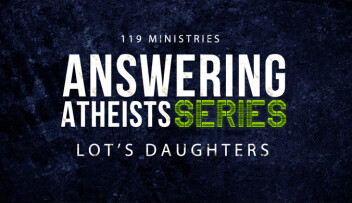