Special: First Fruits and the Aviv 2016 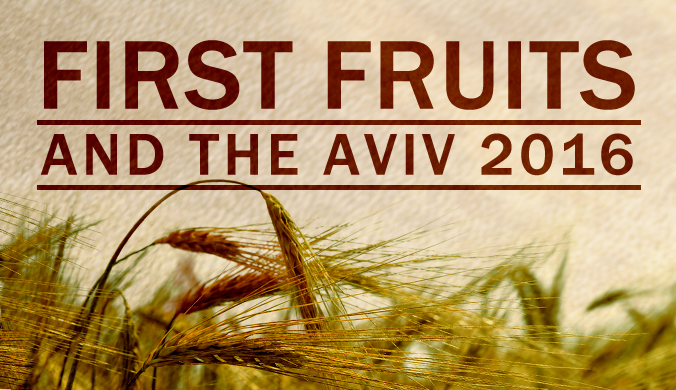 Some of you may be aware of a recent video put out by Nehemiah Gordon, a Karaite Jew, relating to the state of barley in Israel.  The video can be found here.

During this 4 minute video Nehemiah validated what we already knew to be true based upon the sun, moon, and stars.  There was aviv barley found in Israel in time for the First Fruits offering (March 27th according to how we calculate the calendar).  There was even ripe barley, which is more than what was needed.  While this was no surprise to us, it was nice to have a 3rd party confirming that the earthy sign validated the heavenly signs.

For those that don’t know, Nehemiah Gordon goes out and does an aviv barley search each year.  Most of the time the Karaite aviv search confirms our own.  This year, however, it did not.  Why?  Well, the Karaite calendar uses only the aviv to indicate when the new year is.  In order for them to declare the first month they must find aviv barley PRIOR TO the new moon of what is either the 13th, or 1st month.  This is typically either the new moon prior to or after the vernal equinox.  They do not consider the vernal equinox a sign; we are simply referencing it here to give you an idea of the time frame.  They start their search aviv around the end of February and into March depending upon the timing of the new moon.

This year Nehemiah did not find a sufficient amount of barley to be aviv prior to the new moon that occurred on March 9th (Jerusalem time) and was sighted on the 10th.  They also go by the sighting of the new moon, not conjunction.  Therefore, they declared there would be a 13th month this year.  We disagreed.

Based upon how we calculate the new moon (for more on that please see our Time: Our Creator’s Calendar series), we knew there would not be a need for a 13th month.  We believe the barley to be a secondary sign, a second witness to what was already declared in the heavenly signs.  We believed the barley would be in aviv in time for the wave offering that occurs on First Fruits (the Sunday during the week of Unleavened Bread).  This is indeed what occurred as already mentioned.

Here are a couple of other sites confirming the aviv was ready, or would be ready before First Fruits happened on March 27th.
http://abibofgod.com/6.html

In his video, Nehemiah goes on to say that those who study Scripture from an armchair and the Internet really don’t know what they’re talking about because the crops don’t always fit into hypothetical interpretation.  This seems to be a bit of a jab at those of us who are not out there with them looking for the aviv.  However, in our own research we have seen the barley be in aviv on time each and every year according to the way we understand the calendar; at least for the last 14 years and possibly further back.  The Creator will always provide the sign in His time, even when it doesn’t appear that the crops will cooperate with hypothetical scenarios and observations of the signs given to us, the sun, moon, and stars.

Mr. Gordon also brings up Deuteronomy 16:9, a verse we do believe supports our calendar understanding as well.

Deuteronomy 16:9 (ESV)
“You shall count seven weeks. Begin to count the seven weeks from the time the sickle is first put to the standing grain.”

This passage is relating to the timing of Shavuot (Pentecost).  It says to begin the count of the seven weeks (relating to the 50 days, or the day after the 7th Sabbath from when the grain offering is waved – see Leviticus 23:15) from the time the sickle is first put to the standing grain.  In our understanding, this clearly relates to when the harvest begins, which is the same time the first fruits offering is offered.

Deuteronomy 16:9 directly reflects the timing of the First Fruits during Unleavened Bread mentioned in Leviticus 23:15.  The harvest is to begin on First Fruits, 7 weeks before Shavuot, not prior to First Fruits.  Despite this, Nehemiah Gordon states that the farmers would have harvested the grain prior to First Fruits so as not to lose any of the grain.  He says if the farmers did wait, then they would starve.  We would disagree with the idea of them starving.  When the calendar is correctly followed, and the Torah is correctly followed, we do not believe anyone would have starved because of waiting for First Fruits.

Nehemiah Gordon specifically states that the Torah does not say to not harvest it before First Fruits, but it’s only that we are not to eat it.  Here is the verse he’s referring to regarding not eating the grain before First Fruits.

Leviticus 23:14 (ESV)
14 And you shall eat neither bread nor grain parched or fresh until this same day, until you have brought the offering of your God: it is a statute forever throughout your generations in all your dwellings.

However, we do believe Deuteronomy 16:9 does state when to start harvesting the grain.  It specifically states to count from the time that the sickle is first put to the harvest.  Here are the related verses again.

Deuteronomy 16:9 (ESV)
9 “You shall count seven weeks. Begin to count the seven weeks from the time the sickle is first put to the standing grain.

Leviticus 23:15 (ESV)
15 “You shall count seven full weeks from the day after the Sabbath, from the day that you brought the sheaf of the wave offering.

Putting those two verses together we see that the day that the wave offering is brought is the same time that the sickle is first put to the standing grain.  We simply do not see how they are not the same time or how the harvest can start prior to First Fruits.  While Nehemiah Gordon may be a Hebrew scholar we respect his efforts, we would disagree with his understanding of the calendar and aviv.

If there did not exist a man-made tradition that forced aviv to have to be found the last day of the last month, then the harvest problem would not have existed this year at all.  This is why it is important to use the sun, moon, and stars as the first and calculable witness, and then watch as the second witness of the Earthly agricultural signs confirm the heavens.

For more on how we at 119 calculate the calendar, please see our Time: Our Creator's Calendar series. 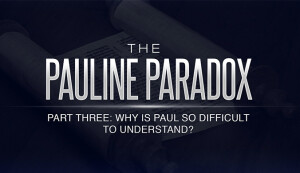