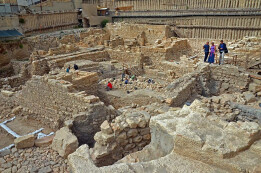 Archaeologists describe the stones as semi-precious and they are in excellent condition. Seals were owned and used by people of property and recognized legal status, for the purpose of conducting business.

City of David providing physical evidence of Jewish society dating back to the time of King David, who first conquered Jerusalem from the Jebusites. The discoveries consistently reveal physical proof of descriptions of first Temple Jerusalem in the Tanach (Hebrew Scriptures). 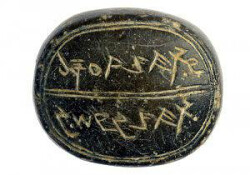 Archaeologist Hillel Richman, son of the Temple Institute's Rabbi Chaim Richman, is a member of the team of archaeologists who discovered and deciphered the seals.

To learn more about the discovery: