The Parable of the Tenants 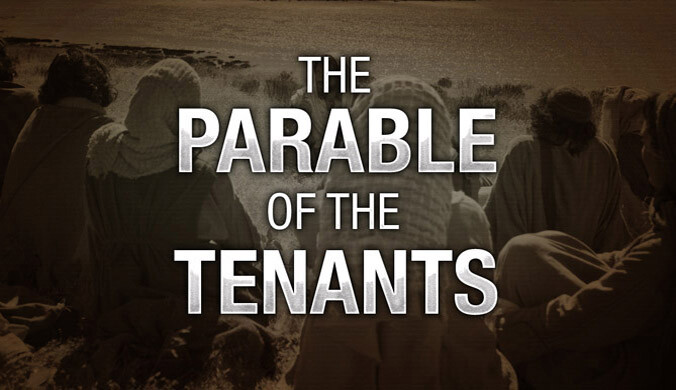 Mark 12:1-12/(Matt. 21:33)
A couple of weeks ago, in the Torah Portion we read Mark 12:1-12, also known as the Parable of the Tenants.  I have read this parable dozens of times growing up in church, and even in the last several years after receiving the revelation of Torah.  I had likely heard many sermons on it as well, yet for some reason I never really understood what Yeshua was speaking about.

Verse 12 says the Pharisees perceived that Yeshua had spoken the parable against them; I took that very literally as being against those Pharisees of His day because they were looking to kill Him.  While discussing the Torah Portion with my daughter on Shabbat, we came to this section.  A little background, each week we require our 13-year old daughter to have a question or a comment to add to our group discussion.  This week she was commenting to us about how mean and cruel the man was who kept sending his servants to their death or beatings.  While discussing this with her, it suddenly occurred to me, for the first time in 30 years of walking with Yahweh, just what this parable was referring to.

The parable wasn’t just referring to the literal Pharisees mentioned in the text, but instead to all of rebellious Israel, especially the “religious leadership” who were forcing man-made traditions and law upon God’s people.  The man who had the servants represented YHWH, He is the owner who planted a vineyard and has a winepress to tread the grapes in.  The multitude of servants sent to gather the fruit were the many prophets and teacher’s sent by the Father to His people who were supposed to be guarding and taking care of the vineyard.  Finally, after the last prophet was sent, the Father sent His Son, yet He was also slain by Israel.

How many times have we read a section of Scripture and failed to look at it from a “whole bible” perspective, applying the Old Testament to the New?  This is the difference between just reading His Word and reading His Word for content and study.  Jeremiah 35:15 and 44:4 show us how Yahweh continually sent His prophets to His people, but they wouldn’t listen.  Matthew 23:34, 37; Luke 13:34; and Acts 7:51-52 reference how Israel was constantly rejecting and killing the prophets sent to them.  It was nothing new when they also slew Yeshua.  How much we miss by not knowing the history of God’s people as what has happened will happen again, there is nothing new under the sun (Ecclesiastes 1:9).  If we aren’t careful to examine all of God’s Word through the lens of God’s Word, we risk sharing the same fate, at the very least missing out on truth and blessing from the Creator.