The Pharisees Were Lawless, and That Was Bad. Is Lawless Now Suddenly Good? 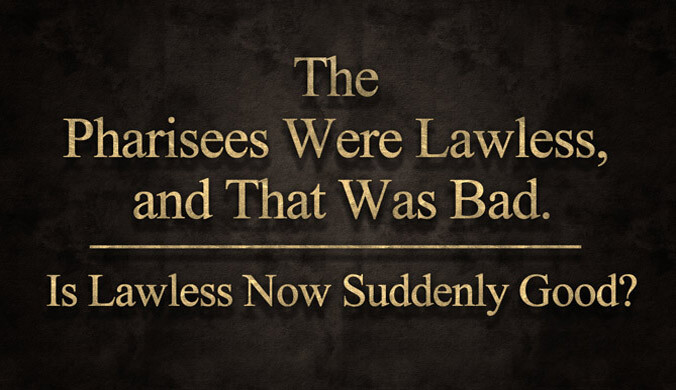 Halley’s Bible Handbook states that the:

“Pharisees were the most numerous and influential of the religious sects of Jesus’ day. They were strict legalists. They stood for the rigid observance of the letter and forms of the Law, and also for the Traditions”.

Is this view correct? Did the Pharisees stand for the observance of the law, did they keep the law, were they ‘legalists’, or instead did they prefer to keep traditions of men?

The first mention of the Pharisees in the Bible involved John the Baptist.

“But when he saw many of the Pharisees and Sadducees coming to his baptism, he said to them, ‘Brood of vipers! Who warned you to flee from the wrath to come? Therefore bear fruits worthy of repentance, and do not say to yourselves, ‘We have Abraham as our father”” (Mat 3:7-9).

The first statement Jesus made which mentions them was also negative,

“For I say to you, that unless your righteousness exceeds the righteousness of the scribes and Pharisees, you will by no means enter the kingdom of heaven” (Mat 5:20).

According to Smith’s Bible Dictionary,

“The fundamental principle of the Pharisees…is that…there was an oral law to complete and explain the written law, given to Moses”.

“Then the scribes and Pharisees who were from Jerusalem came to Jesus saying, ‘Why do Your disciples transgress the tradition of the elders? For they do not wash their hands when they eat bread’”.

Interestingly, the Pharisees were quite concerned about ‘the tradition of the elders’ even though there was no biblical requirement to wash hands before eating bread.

What did Jesus do?

Jesus had issues with the Pharisees:

“He answered and said to them, ‘Why do you also transgress the commandment of God because of your tradition? For God commanded saying, ‘Honor your father and your mother’; and he who curses father or mother, let him be put to death.’ But you say, ‘Whoever says to his father or mother, ‘Whatever profit you might have received from me is a gift to God’–then he need not honor his father or mother.’ Thus you have made the commandment of God of no effect by your tradition.Hypocrites! Well did Isaiah prophecy about you, saying: ‘There people draw near to Me with their mouth, and honor Me with their lips, but their heart is far from Me. And in vain they worship Me, teaching as doctrines of God the commandments of men” (Mat 15:3-9).

“making the word of God of no effect through your tradition, which you have handed down. And many such things you do” (Mark 7:13).

Jesus condemned the Pharisees by saying, “you also outwardly appear righteous to men, but inside you are full of hypocrisy and lawlessness” (Mat 23:28).

Were the Pharisees Legalists?

The term ‘legalist’ is not actually in the Bible. Some claim that believing in following the laws of God makes one a legalist. However, if legalism is defined as adhering to the Law of God, then the Pharisees could not have been ‘legalists’–the Pharisees repeatedly violated the law of God and justified these violations by traditions of men (Talmud) (Mk 7:13).

How Did the Pharisees Violate the Law of God?

Jesus indicated that the Pharisees did not keep the law,

“Did not Moses give you the law, yet none of you keeps the law? Why do you seek to kill Me?…and the Pharisees and the chief priests sent officers to take Him” (John 7:19,32).

They truly did not understand the law of God.

Were you aware of that?

Many, especially those who consider themselves Protestant, do not seem to understand that the Pharisees were condemned for violating the law, not for actually keeping it. Many do not understand the law of God today.

For more on this topic, please see our short teaching: The Lawless Pharisees. 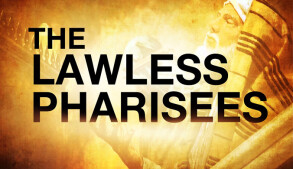