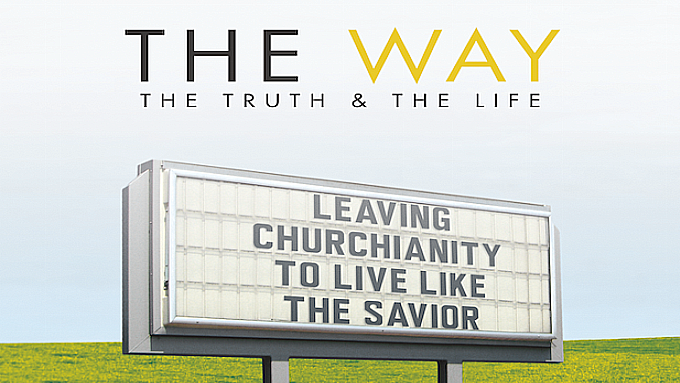 In case you haven’t heard, there’s a great new documentary that just came out on August  14th called “The Way”.  This documentary was put together by Luke and Kayte Abaffy in order to tell the world of the Father’s call back to living His way, to live a life better mirroring that of the Messiah.

It’s no secret that tens of thousands are leaving the mainstream “Christian” church for a number of reasons.  Some are simply leaving the church and going into another religion or becoming atheists.  However, there is a growing population seeking to return to a life and study closer to the 1st century church.  It is this group that this documentary discusses.  It shows that some of the supposed contradictions between how we know the Messiah lived versus what is taught today, don’t exist after all.

They spent some time traveling the world and seeking out a variety of leaders and individuals both involved in the Hebrew Roots Movement and others that are in mainstream Christianity or other religions.  Through their many conversations a vision of what YHWH is doing around the world is being revealed.  We’re excited about what they found and think you will be too.

We asked Luke and Kayte to take a few minutes and tell us about what drove them and what their vision was in making the documentary.  Here’s what they said.

What inspired you to create The Way? 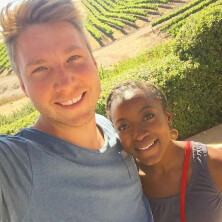 “When I was living in New York City and had just started dating Kayte, my Mom called me and told me she wasn't going to celebrate Christmas that year. I thought she was being extreme and I went to an ugly Christmas sweater party shortly after the phone call. But I kept thinking about it afterwards, and soon began to research the roots of our modern-day Christian celebrations. I found that my mother was correct, they had quite pagan roots, were on the wrong days and were anything but Biblical. Being a journalist by trade, I couldn't let go of the trail after smelling a good story. I kept researching—which seems to be something that most of the people in this movement are inclined to do.

Eventually, I realized there was truth that was sublimated or lost over the last 1,800-1,900 years. Our "Christian nation" had, in our daily, pragmatic life choices, veered far from the life of the Messiah that we see Him living in the gospels. And that was when I realized telling this story was the most important thing I could do in my life right now.”

What sort of person will love this documentary?

“Anyone who's ever wondered about discrepancies they see between the Messiah's life and modern-day church practices, or biblical paradoxes they can't explain - we dive into those things. Also, believers who realized the Torah is still relevant to our modern day-Cheesecake Factory lives, and is full of practical and implementable wisdom that we can draw on. The Way tells the story of people like that. And people who'd love to explain to their friends and family why they've made changes in the way they live and worship.”

Why was it important that this film be made now?

“I think the film needed to be made as soon as possible, and so Kayte and I made it as quickly as we could. There seems to be a truth that the Father is showing to His people to wake them up to the Truth of His Word. Truth that's been forgotten, and is now, as in the days of King Josiah, being rediscovered. That truth is the subject of the film, and the more people that are exposed to it, the better.”

What's going to surprise viewers about this film? 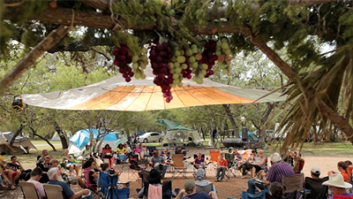 “I shouldn't talk about this much or the viewers won't be surprised. But some of the sources we have are ... off the beaten path. They're sources that none of our viewers are likely to encounter in their everyday lives - but whose findings and research back up the assertions of many people in the Torah movement.”

What do you hope to leave people with after they've seen the film?

“I hope that viewers will see that many of the 'paradoxes' in mainstream Christianity are unnecessary and that the whole Bible makes sense (without contradiction) from cover to cover. I hope they'll see new goodness and wisdom in biblical commands that maybe didn't make sense to them before. I hope they'll make it their own personal goal to make sense of the Word, and as a great man once said, ‘Go home and read their Bibles.’”

We were able to spend some time with this dynamic couple when they came to Costa Rica to interview Jon from 119 and Steve from Torah Family.  They are passionate about what they do and passionate for the Father and His ways.  We are blessed to have had the opportunity to meet with them and to be a part of what YHWH is doing in their lives.

If you haven’t yet seen the documentary, or are even on the fence about seeing it, we want to encourage you to take the leap.  Ask the Father to open your eyes to what He wants you to see in this documentary.

WHERE TO GO FOR MORE INFO
Watch the trailer, See clips from the film, and Order your copy today all on their website: https://www.thewaydoc.com/

FOLLOW THEM ON FACEBOOK
Stay up-to-date on all they're doing by following them on Facebook!
It's the place to go to get the latest news, see short clips containing great nuggets of footage, and the way to interact with the creators of the film.  Follow them on Facebook here: https://www.facebook.com/thewaydocumentary/

May Yahweh Bless You and Keep You.

Tags: the way documentary, luke abaffy, kayte abaffy, dietary instructions, resting on the sabbath, what would jesus do, the falling away, hebrew roots movement, leaving christianity, 1st century church, the 4th commandment, live how he lived, what would yeshua do, do what yeshua did
119 Blog